Hurrying back to Amsterdam Centraal Stn after a quick stroll in the City, I grabbed a breakfast bagel and a bottle of Coke for dinner. I had preferred a bigger meal but I only had about 10 minutes before the train left.

Anyways, the 1901 sleeper train left promptly from Amsterdam to Berlin. This was my first time on a sleeper train so I didn’t know what to expect. Actually wasn’t that bad. It can be considered a luxury on this holiday that’s meant to be cheap. 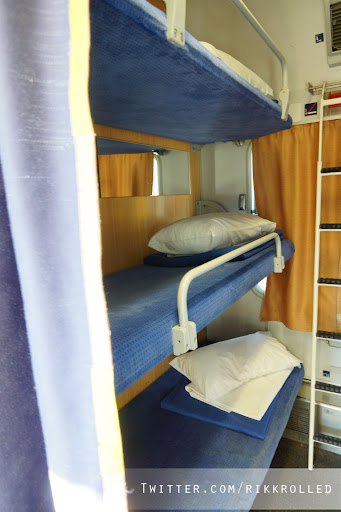 3 person bunk bed on the sleeper train. It looks much comfier than it looks.

As the sun had already set shortly after the train had left, there wasn’t much to see outside so I just tidied my bedspace and tried to catch some sleep. I read a couple more pages of the Hunger Games on my Kindle and I admit that it started to grow on me. I always find it more satisfying to read the book version of anything because it tells you more about what the character was thinking at a particular moment as things happen, which we can only assume when we watch the film.

Eventually, I dosed off only to be disturbed by some more passengers that boarded in Utretch, Hamburg and Cologne.It’s not always easy to sleep again after being woken up so I took out the Kindle and read. The sidelight was not bright enough and it was awkward to read on one side for long so I took out my headtorch then continued to read like an outdoor baws.

Sipping machiatto at this ungodly hour in Berlin Hauptbahnhof. That sleeper train ain't that half bad. Hunger Games's keepin me company.

Fastforward to about 0525, the train pulled in at Berlin Hautbahnhof. A quick look around, I saw that the station was BIG! It was modern and had at least 3 floors. There’s the international and long distance trains at the lowest level then the U-Bahn at mid-level (if I remember correctly), then the S-Bahn at the top. I found the ticket reservation office at the floor just below the top floor, next to the stairs that go up to the S-Bahn and reserved a First Class seat for Krakow… just because I can. There’s various shops where you can buy fastfood, grocery, postcards, stamps, souvenirs, etc.

There’s also a tourist information booth at the ground level towards the Europlatz exit, where I found out that the Berliner Philharmoniker was out-of-season. Gutted!!! Alternatively, there was the Berliner Residenz Konzerte, where players wear the dandiest 18th Century attires… but they were too expensive. Perhaps, one day I’ll visit them again just for the lols, when I’m richer.

Whilst I waited for the sun to rise, I stopped by to eat breakfast at the station. I got very excited when I spotted a Dunkin Donut at a corner but again, gutted that it wasn’t open at that ungodly hour. So I went in to cafe where they had a free wi-fi and slumped at a chair and checked the internet. First the location of my hostel and various stuff to do about Berlin. With some more time to kill, I just looked up about the Berlin Wall, Holocaust and Anne Frank. Not the easiest thing to read in the morning! I wasn’t exactly sure if the hostel had reliable wi-fi so I took the opportunity to book the hostel at Krakow, my next destination.

At about 0700, I gathered all my belongings, replened my drink supply (bottled coke was charged 20 cents extra for being chilled? I didn’t understand the change in price on the bottle against one at the cashier. She didn’t speak English so we didn’t understand each other. Oh well), then headed off to the A&O hostel, some 5 minutes walk from the Hauptbahnhof station.

Check in at the hostel was not til 2pm but I left my main bag at the luggage store and explored a bit of Berlin. I took the U-Bahn to Branderburger (2 stops from Hauptbahnhof) to see the Branderburg Gate (the German’s version of Trafalgar Square), where there were LOADS of tourists everywhere. There were entertainers dressed in all sorts of mishmash of military costumes from the US WW2 uniforms to German SS. Seeing them dressed like those were a bit awkward for me and my institutionalised current being. Shoes unpolished, creased shirts, wonky hats, flags touching the floor, lackluster badges, you name it. Now, I’m not the most anal sort of person and they obviously just dressed up for a laugh, so no hard feelings there. 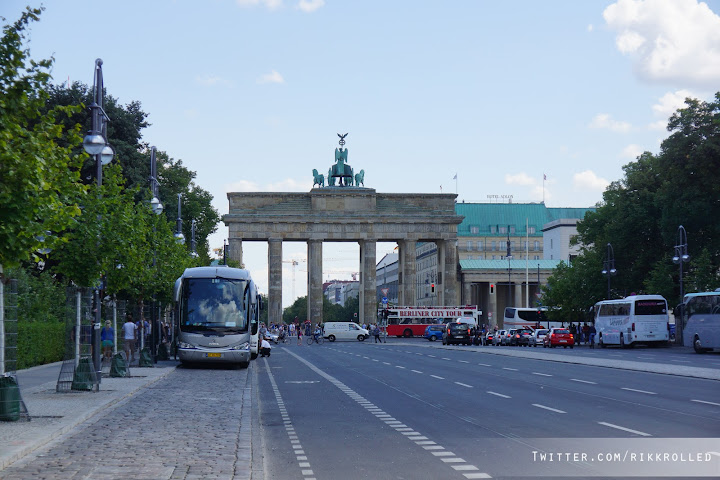 One thing that lightened up my spirit was that there was an open Dunkin Donut just across the exit of the U-bahn station. So I grabbed a Choco Coconut ring donut and a capuccino to inject some sugar and caffeine into my bloodstream. 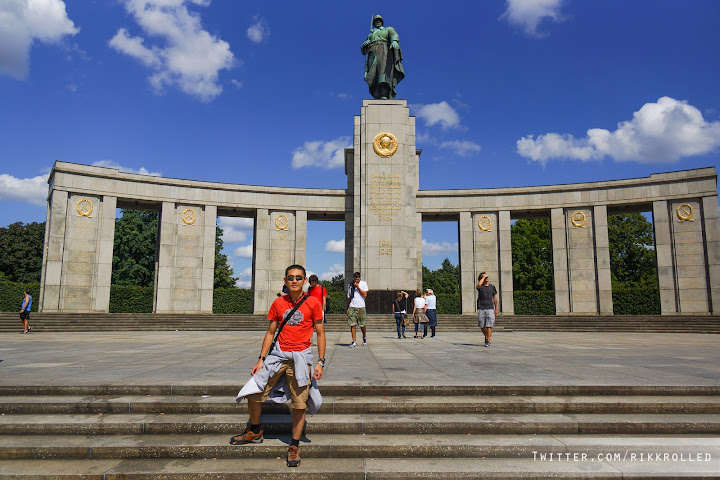 I walked under the Gate then along the 17 Juni Straße. There’s a strip of pavement between the dual carriageway and I guessed this was where the Berlin Wall divided the city once before. Then I continued walking and stumbled upon a memorial of German soldiers who died in the WW1. Further on, I walked through the Tiergarten, and to my amusement, I unknowingly walked past a nudist section of the park. I guessed it was rude to take snaps but did so anyways candidly. 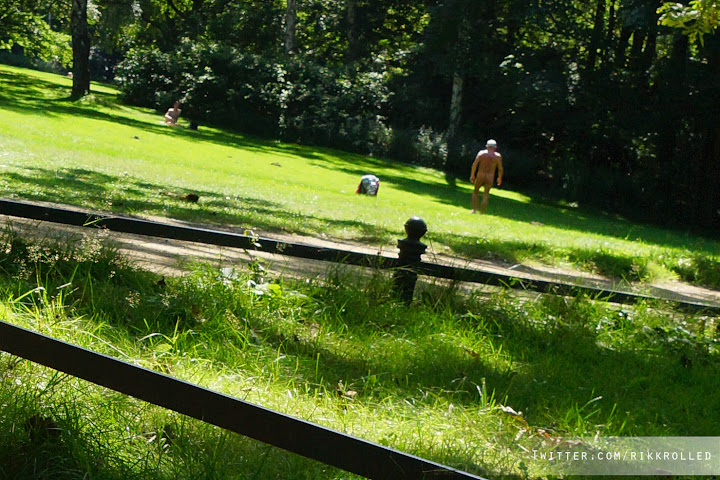 Sneakily going into the bushes. Note the other guy on the left. Good man’s just pulled.

It soon really became evident that despite my walks, I didn’t really see much because Berlin was so massive everything was spread apart. So I hopped on a random bus at a random bus stop. 106 to Schöneberg. Some three quarters of an hour later, tower blocks started to populate the sights, trees and parks became far too prominent, I decided the bus had taken me far out off Berlin central. So I got off at the bus stop where there was a McD’s and had lunch there. They gave me a free Olympics glass but I didn’t have any space in my bag to carry it so I gave it to the nearest person I heard speak English.

That random nudist section of Tiergarten, Berlin. Now I know why Batman likes to dance on his mankini on my bed. His German descent!!!

With renewed energy, I braved the unfamiliar Berlin suburb on foot. With no particular destination, I just walked around. I noticed that that streets are laid out like a grid, as in New York city design. I got bored quite quickly as the streets were the same, so I hopped on a bus and I took the U-bahn from Friedrich Wilhelm Platz back to I saw a guy play tunes from Bizet’s Carmen and Bach’s Toccata and Fugue on the accordion. I gave him €2 as I was entertained whilst I waited for the train.

When I got back to the hostel at about 1530, I fell asleep in bed and woke up at about 1930, with a rumbling stomach. I asked the guy at the reception about where might be the best place to eat and he recommended I go to Alexanderplatz as that’s where pretty much another tourist central and lots of options for food. 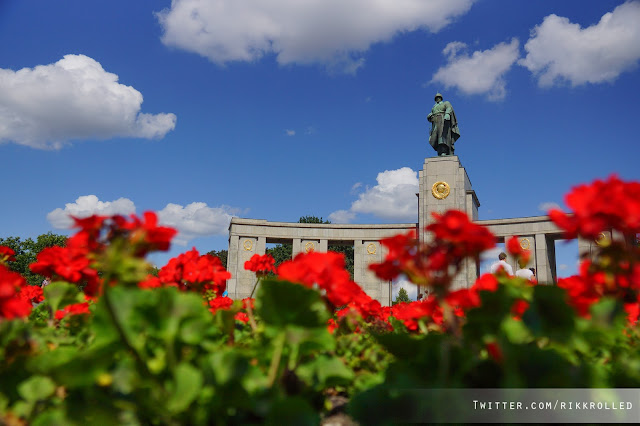 Some half an hour later, I did find myself there. I recce’d the area and finally settled at an Italian restaurant to sate my craving of high carbs pasta dish in the Hackescher Markt. I went all out to treat myself so ordered myself the soup of the day (tomato), Tagliatelle Stroganhoff and Tiramisu. It took a while to arrive so I whipped out Hunger Games and read. I felt rather depressed sat outside surrounded with people eating with their family, partners, group of friends, etc. and there was me eating alone.

When the food came, I just gorged myself. No use feeling depressed when the there’s a nice hearty meal in front of you.

On my was back to the hostel, I walked past a guy playing Ode to Joy on the trumpet. Him and the accordion guy was the most musical this visit to Berlin had been. Better than none at all, frankly.

At about midnight, after I went for a shower (en-suite room), I realised the rest of my roommates were all girls. I was just in my boxers when I climbed into bed. I took out the headtorch again and continued to read the rest of Catching Fire, the second book of Hunger Games before dozing off to sleep.

Has just finished reading 'Catching Fire', the 2nd book of the Hunger Games Trilogy. I <3 every bit of it! Much more exciting than Berlin!

At 0820, I checked out of the hostel and went straight back to Hauptbahnhof to catch my train to Krakow that left at 0930. 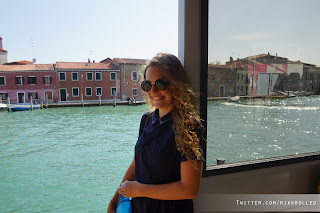 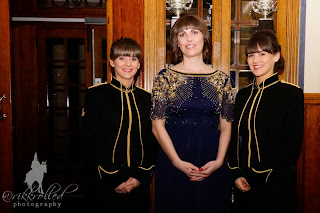 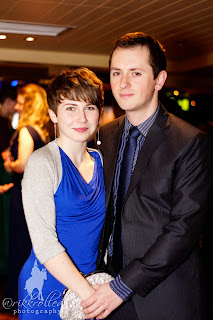 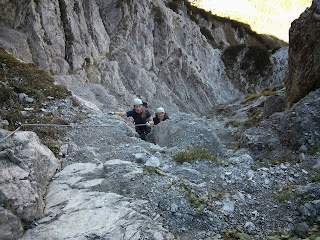 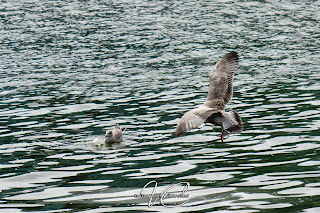