[Lolz. It is nearly a year since I went but only just managed to get around posting this.]

I narrowly managed to catch the night train to Zagreb from WIEN WESTBAHNHOFF. It left at about half 10 in the evening and reached a stop over at Salzburg at roughly about half past midnight. Initially, I intended to spend a day in Salzburg purely because it was the birthplace of Mozart. In the end, I decided to head straight to Zagreb because of dwindling funds. I’m sure I’ll get to visit that place one day eventually.

Rather unlike my train journey to Vienna from Krakow, going to Zagreb was a more subdued and uneventful travel. I slept fairly comfortably and only awoken by the border patrol check at Dobova, Slovenia. There was still about an hour to go til Zagreb so I went back to sleep.

The train pulled into Zagreb Central Station (Glavni Kolodvor) at about 0700. 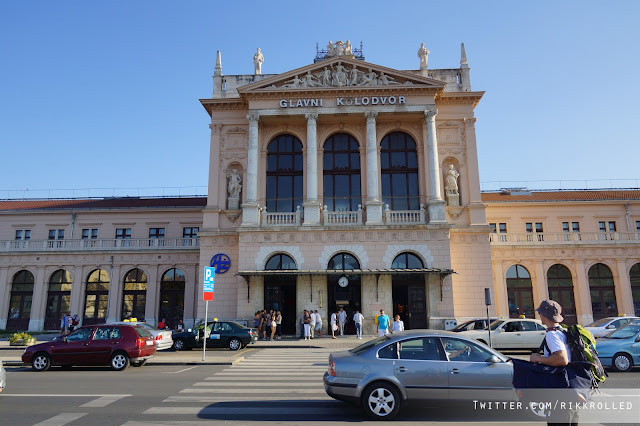 As I was about to get off the train, I glimpsed that the guy (Michael? George? can’t remember) on the top bunk had a British passport so we got to talking. Although I had already booked a hostel (paid a deposit of about €4) somewhere in town, I decided to tag along with Michael to his hostel. We walked straight down as soon as we exited the station and not long, we reached the city square. The hostel – Chillout Hostel – was conveniently about 5 minutes walk from there. The streets looked very similar to the streets in Krakow. It was interesting to see that although there was obviously a major works on the roads, the tram and the public were normally going about their business through the construction sites… not a sight you’ll find in Britain with all it’s Health and Safety rules. 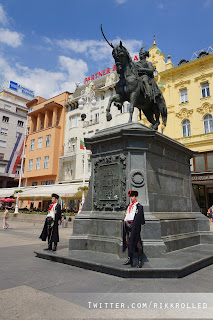 When we got to the hostel, a petite receptionist greeted us. She spoke English very well and was very helpful in giving us directions/suggestions on what to do. We got there at about nearly quarter past 8 and she said that the rooms were not ready until about 12 so we just left our bags in the store room and headed out to town.

The reception girl told us that about three doors down, there was a guy that hires his bikes. I believe this is his website (click here). We pressed his buzzer and for a deposit 200 Kuna (about £23) and a form of ID, we got ourselves a bike each. 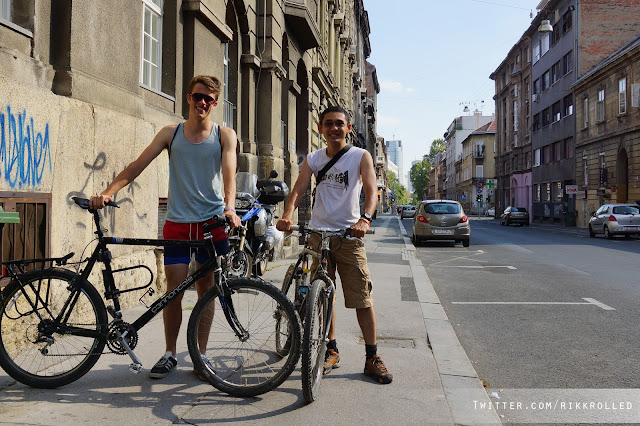 George Michael (as I now will refer to him as I don’t remember his name) had a Lonely Planet guide and thought it’d be a great idea to go up the north side of Zagreb. I can tell from the map that the more north you go, the higher you get up the Medvednica mountain… and there were STEEP hills. I learnt on the way that George Michael was a triathlete and so he’s used to steep hills. I, on the other hand, was completely useless when we got to it. Embarrassingly, I ended up pushing the bike up just to catch up. 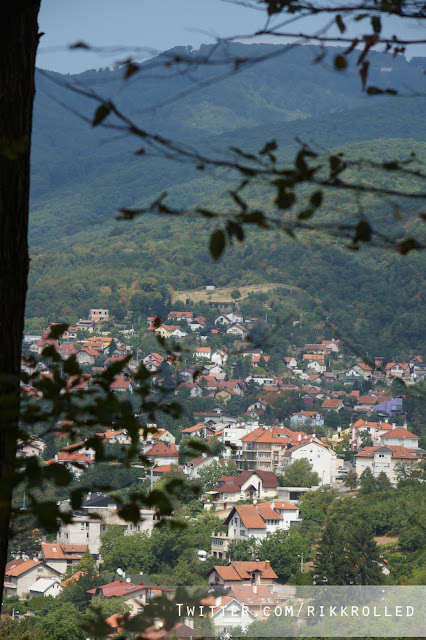 Despite my utter patheticness, the route we took was very picturesque! The sun filters through thick canopies of greenery onto the grass covered contours of the slope… just nice. We went past a number of diplomats houses and they all looked like mansions.

A couple more strides up the mountain, we decided to take the route down back to the city centre. George Michael wanted to visit the lake at the south west of the city so he can go for a swim. Not anything against watching people swim so off downhill (weee!) we went.

On our way down south, we passed by the town centre (Jelacic Square) and we just got there on time for their Changing of the Guard. Let’s just say their drills could do with some standardising before trying to get them rigid. If the RCM/RSM had seen them cut out about like that, I’m sure he’d have had fits. 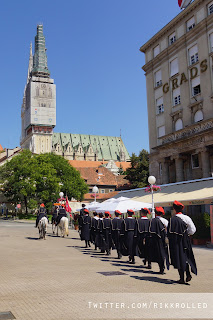 Just as the Company of Amazing Drills had left the square, there was a group of traditionally clad old men and women dancing and singing (what I’d assume)  Croatian folk songs. It was very entertaining. 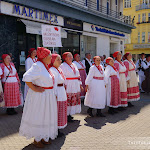 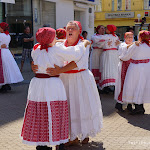 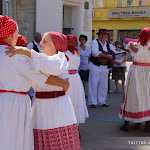 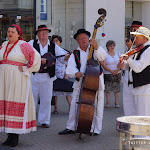 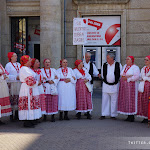 We parked the bikes by some trees and as I didn’t have any swimming gear on/with me, I just lounged by the lakeside, in the shade. I must have napped a bit as the hour had passed and George Michael, naturally drenched and basked in the Mediterranean sun, came back and we headed back to the hostel. On the way, people on the tram and buses were very amused to see us biking (probably because they could tell I was obviously somewhere from SE Asia and I guess they don’t get many of us coming), so we tried to race the tram and waving at the passengers. It made our cycle back to the hostel a bit more entertaining.

Back at the hostel, the receptionist showed me to my room. She said I was sharing with someone so I knocked at the door and an Australian guy in his briefs, greeted me and opened it. Oh hello! The room was air conditioned but it was still very hot. Stripped down to my shorts and tried to rest on the top bunk bed all the while making chit chat with the Australian dude. I don’t remember his name but we all decided to catch some dinner together with George Michael.

We headed to town and walked around for a bit. I found this steakhouse somewhere in the north side of the town centre using Google Maps and TripAdvisor  but really could not find it because the Google Map of Zagreb was not accurate at all. We asked a couple of locals and they had no idea where it was. The night was already getting late (say about 20H) and we were all getting hungry. We bumped on to a couple of English women who the Australian knew at the town square and they joined us in the quest for food. Admitting defeat of not finding the restaurant and bowing down to our increasing hunger, we just settled for the nearest pub type of place we could find not too far from St Mark’s Church. The waiter spoke English and there was a vegetarian meal for Kate, the English woman we found at the square who’s apparently a teacher in Shepherd’s Bush in London. Amusingly, there seemed to have been a birthday party in there so we ate our food outside. The weather was brilliant and we happily chatted amongst ourselves while listening to Croatian songs (complete with a band composed of at least 3 guitars, a a double bass and an accordion). It was a fortunate turn of events. 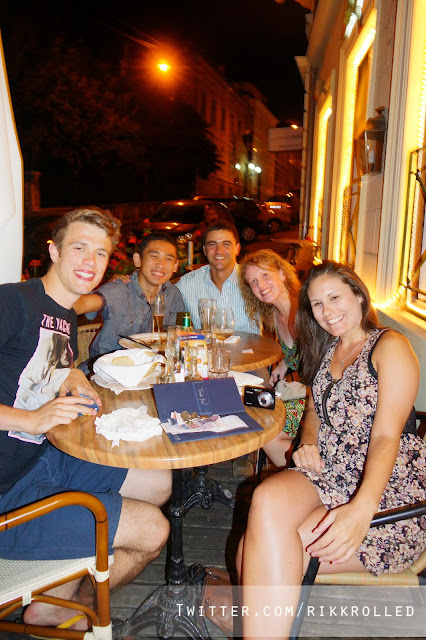 The women stayed at a different hostel but we all went back together as our hostel had arranged some pub crawl. We tagged along with it but we had some pre-drinks at our bar. I ended up playing a game where you had to bounce the ping pong ball on to the table and aim it so it landed on someone else’s bowl filled with water. If you’d got it in, they drink, if not, you do. Suffice to say, before we set off at 22H, we were already tipsy but incredibly merry.

Our guide took us to various pubs dotted across the town and I remember ending up a place quite high and overlooking the city. There was a stall for a bar and we got a couple of drinks down and soon decided to head back. I think it was already about 3am when I headed back. That was the last time I saw my company, except of course the Australian dude, whom I shared a room with.

Awkwardly and unsurprisingly, I woke up HANGOVER. 🙁 Stomaching churning, head throbbing and legs very much jellied, I stumbled out of the hostel back towards the station to catch the 1230 train to Ljubljana. … OR NOT.

So I sat on one of the chairs at the platform and waited…and waited… and waited. I sobered up at about 1530 and felt the hunger making a new churn in my tummy. Thankfully, there was a bistro/restaurant by the platform so I ordered (by pointing out on the menu) carbonara. I was served by an old lady who didn’t speak English but by virtue of one hungry person, who liked to point, and a very understanding woman, I got my dinner and that helped me sober up and all was better in the world.

Soon enough, the train arrived and off I went to Ljubljana. 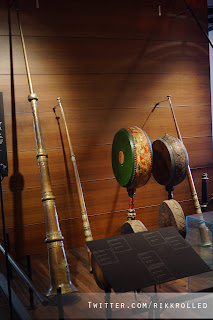 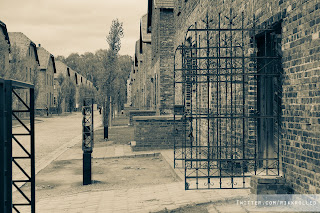 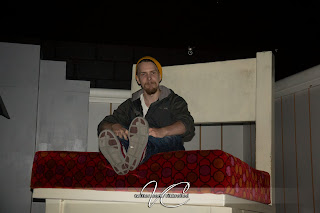 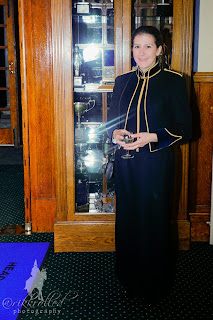 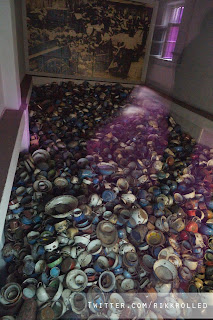