Day 25 of the 31 Days Journal Challenge asks me to reflect on switches of manliness: things that help define a good spirit for a man to aspire to become. There is quite a handful of background reading for this post from the Art of Manliness (AoM) blog but essentially, a man’s spirit can be toggled by 5 switches:

After some deep thoughts, here’s how I resonate with them.

Through history, we accept the role that a good man provides. Modern western society, past and present, has repeatedly painted the stereotypical picture of a breadwinner man, who in turn gets a lot of respect from his family and peers. In order for a man to be able to provide, he needs to be able to plan accordingly, think ahead and be resourceful. These are traits that I have over the years aimed to be quite good at, thankfully. Over the years, I’ve disciplined in me a strong sense of independence and self-reliance, because of the awkward set up of my upbringing.  Often, I didn’t not just have Plan B’s but also Plan C’s and D’s because I didn’t relish the idea of ending up with nothing should my Plan A fell apart.

Personally, I remain a single man, without dependants. My instinct to provide has no recipient other than to myself and work. Thankfully, as it turned out, my current work actually ensure that I stay on top of this switch. I am the sole oboist of my Band and as a soloist instrument,  I duly provide what is required of me as the need arises. It goes without saying the amount of preparation and planning in order to fulfil this can be overwhelming sometimes as there are other non-musical tasks I need to do as well. So, in this regard, I can attest, at least professionally, that the Provide switch is on… And, I am happy about that.

The AoM suggests a couple of things to further tap into this switch and actually, some of the stuff they mentioned, I am keen to do. These are:

Primitive masculinity has always favoured the physically fit individuals. With a healthy and well-kept body, a man is able to act the role he needs to fulfil as well as rise up to whatever challenge he is faced with. Personally, I feel this is perhaps my weakest aspect and if we’re going with a light switch analogy, it is definitely dimmed. I am a soldier by profession and yes, I have passed all the military fitness tests I need to pass with ease (except the swim test, as I’m useless in water) so relatively, I am physically fit. However, admittedly, I want to be fitter. It is strictly not for vain reasons as I want to pursue ventures at work that would be a little less arduous with a fitter frame.

At the moment, I actually do very little PT apart from playing squash and the occasional runs outside. It’s because working out alone is quite a tedious task…so my hunt for a group activities continues. I ought to join a CrossFit class or something.

A group of my friends are doing the Tough Mudder race in South London in 2015, so stay tuned for the build for that.

As I ended the previous section with Tough Mudder, it goes naturally to explain that a good healthy challenge is what keeps a man’s spirit burning bright. There was a short period when I was growing up when I felt really unsatisfied with my lack of achievement. I just played computer games, doodled and missed school. I felt like life had no direction. It obviously didn’t become apparent until the crunch time when everyone else seemed to be very occupied with what universities to go to, what careers to pursue and some even working out ways to provide for their new families. There I was a bit apprehensive with the lack of anything to show for the elapsed time. Thankfully, my grades were decent despite my idleness and I still got a place to one of London’s few better universities.

However, in all honesty, the reason how I ended up in what I do now, is due to the fact that I was not challenged with my studies or the job I ended up getting after graduating. There had to be more to life than staring at a computer fixing codes and colouring in maps so I joined the Army. And I never had to look back.

Every step of the way, the Army has provided me with challenges that I needed to meet head on. I had my reservations, doubts and fears but I got stuck right in. Immersed my self in the moment. Basic Training was 14 weeks of pain and struggle but it was fun because there was something new everyday. Laughter, banter, Vimto bonbons and the Best Shot award got me through it onto the next stage, which was Music School. It was a different kind of challenge… mental more than physical but I’ve overcome it. Riding School followed, which I iterate was the lowest I’ve ever felt in a long while only because it was very physically and mentally draining. Yet again, taking home the Best Student prize at the end of it, I’ve risen to the challenge head on. I look back at those with humble pride. At times, I am in utter disbelief as to how I managed to pull them off. I have a lot of people to thank for because without them, I would not have been able to achieve those.

Challenge is constant supply at work and I relish that. This is a switch I know that is always on, whether I like it or not. All that matters is I enjoy facing them.

Growing up in a small rural town of Dasmariñas, Cavite (it has only just became a city recently) in the Philippines, I was blessed to have been able to enjoy nature with my friends. My earliest memory was doing barrel rolls down rice terraces months after the harvest with my cousins. I sent cows and goats to pasture just before sunrise, took them back at sundown, chased chickens, got bitten by fire ants, mesmerised by fireflies at twilight, collected firewood to cook rice, gazed at the stars on our roof, swung from tree branch to the next and enjoyed the succulent fruits straight off the trees: jackfruits, atis, guavas, bananas, mangoes and starfruits. It was idyllic and I would not trade any modern comforts for those memories.

Now I’ve moved to England, living in a city has made those memories somewhat even more precious. I had a calling to return to experiencing nature. I found a host in France for 3 weeks and I lived with a couple helping them do organic farming and assist on their daily activities 700m high up in the Pyrenees, in a small hamlet of a town called Rames, in St Girons.

I am lucky in the past that my degree was environmentally centred. I’ve learnt to understand what’s around me more. I’ve been to parts of the UK that would have been awkward to do on my own. Also, our trip to Florida for Coastal and Aquatics Management module in my 3rd year also was amazing as that got me right in the heart of the issues that affect the natural world. Sadly, I missed the trip to Iceland but after seeing my friend’s photos from the trip, it’s something I’ll definitely want to visit.

My growing appreciation for photography (as many budding photographers do), I’ve accumulated photos of landscape. They’re not award winning ones but there is a quality of peace that I get when I snap them. Here’s some from my FB uploads (excuse the quality).

The ravaging sea eating away a coast in Norfolk (2008)

Silhouette of palm trees in twilight in Florida

A little rocky cave on a small island north of Coron, Palawan, Philippines

AoM suggests many ways to turn the nature switch on but I think I am not short of opportunities to do it without the list. Adventure Training at work has seen me trekking up and down hills as well as kayak in the freezing waters of Wales, climbing up and down rocks and skiing down the Alps. In addition, my InterRailing trip allowed me to see a lot of Europe… and even the odd Military Exercises have seen us digging shell scrapes and putting up bashers in the beautiful Surrey countryside.

A man cannot live forever but still achieves immortality from what he leaves behind.

I don’t think I have made a significant contribution to society for my name to go on history as such (yet). My name is on one of the Prize plaques at work but it’s only there until the rest of the space has been filled up and a new plaque is ordered. Blogging is only as perpetual as my hosting exists so perhaps printing this blog one day would be good to have a hard copy.

I have some desires to have children. If or when that happens, I would like to be able to impart whatever I have experienced so that my young uns would benefit from the squabbles and lessons I’ve learnt.

Before I’ve joined the Army, I’ve toyed with the idea of teaching. That seemed to be closest I’d get to having children. While I was in the Philippines, my teachers were a big influence on how I turned out as a person. I grew to dislike the way some of them treated my classmates but also admired the care and attention some of them gave to us. They’ve made an impression to me so much that I can still name them … even after about 10-15 years of not really having made any contact. I told myself that if I were to become a teacher, I’d want to be a good role model and a source of valuable knowledge.

I’m not particularly a remarkable person. I am not a genius or a great inventor so I am interested to know (if it would be at all possible…) what legacy I would leave behind, once I am no more.

There ends the this post and I have to say, reflecting on the switches of manliness above was enjoyable. I know these switches aren’t always on and it’s a good friendly reminder to forget the shit things in life and concentrate on what matters. 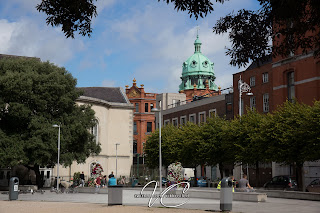 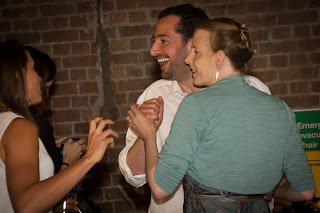 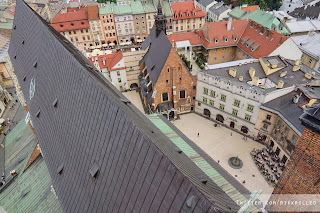 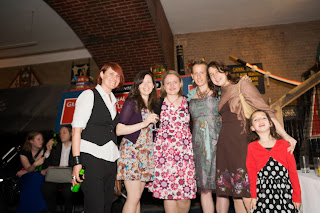 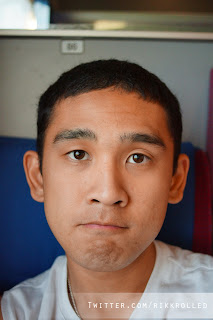